Just one look at your friend’s candid party pictures or your sister’s wedding photos and videos shot by a topnotch wedding company, and you’ll quickly notice people smiling. But do you know that people didn’t smile in pictures until the 1920s? The first photographs were taken in the 1820s. However, it took a century before smiles became the regular expression in photos. So why were our ancestors so serious?

Long exposure time made it harder to capture smiles

One common explanation for the lack of smiles in black-and-white photos is the long exposure time. Back then, cameras needed minutes or even hours to take a single photo. People had to stay still so that the picture wouldn’t look blurry. Can you imagine staying still and smiling for thirty minutes or an hour?

Photography pioneers Louis Daguerre and Nicéphore Niépce teamed up to refine the camera technology. By the 1840s, the longest exposure time was 15 minutes, and the shortest was around 60 seconds. Yet, smiles were still uncommon in the latter part of that century.

Today, taking photos means capturing moments as we live. But in the 1800s, photography was all about art—a photograph was an artistic presentation of a person, not a moment in time. It took guidance from the rules and customs of portraiture in painting. And back then, smiling was inappropriate for portraits as it was associated with madness, drunkenness, or loudness. Portraiture painters and early photographers would even create an elegant setting and direct the subject to behave and be formal. 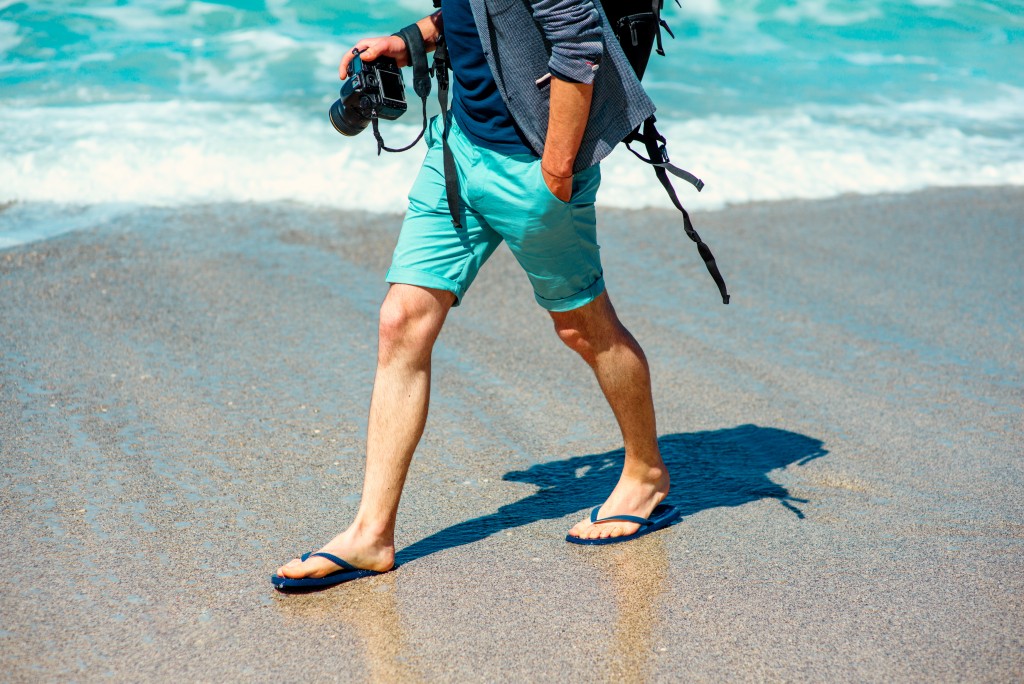 Postmortem photography was a trend

Apart from portraiture photography, another genre emerged along with the refining of camera technology: postmortem photography. Photographers would take a picture of a recently deceased person or pet. This was our ancestors’ way to preserve a memory of the living for future generations. This strange genre diminished by 1900, but the idea that a photograph is a serious document remained until the 1920s.

So what happened in the 1920s that people started grinning and looked less formal in photographs?

Snapshot photography started to dominate in the 1920s

The rise of snapshot photography began in 1888 when George Eastman introduced the first Kodak camera. With this camera, anyone could snap photos. The camera came with a film and an instruction manual. When the film roll was finished, the camera owner would only need to send it back to Kodak so that the company could process it.

In 1900, Kodak released the Brownie camera. Initially, Kodak marketed the Brownie as a child’s camera, selling it at $1. But because it was so affordable and convenient, many adults used it, too.

Advertising also played a significant role in making photography accessible to everyone—and shaping the idea that snapping photos shouldn’t be a formal activity. Kodak popularized its tagline, “You press the button, we do the rest,” and ads that portrayed consumers using a Kodak camera during happy moments. In the 1920s, people began taking those ads as cues that they could snap anything they want at any time—and that smiling is what you should do in a photograph.

In the 1800s, people weren’t unhappy all the time. They might have smiled and laughed more or less as we do today, especially in private moments; they just had a different concept of public presentation.

When are tired, stressed, or feeling down, don’t we usually crave the sight of something pretty, like the beach or the mountains? Sometimes, we’d even visit art galleries or museums just to enjoy peace and quiet while appreciating the amazing work of artists. Such behaviors show that we are naturally drawn to art and that

Music as a Career: A Musician’s Journey to Stardom

Are you one of those musicians and artists who aspire to be the next rising superstar like Ed Sheeran? Well, we all know his story. Before all the glitz and fame, he was simply a street singer, but he found his way to the top by not quitting. If you share that goal, here are